When Thomas Hiram Holding, the gentleman tailor who founded the Camping Club, wanted to camp, he knocked on a farmer’s door and agreed a price for a pitch. The Edwardian camper ranged far and wide and free over the land. That freedom was eroded as the state grew anxious about the impact of camping upon the English countryside. The 1936 Public Health Act contained the first national measures for the control of camping. Only one moveable dwelling – tent – was permitted per acre. Landowners required a licence from the local authority. Large licensed campsites contained the problem of mass tourism in the British countryside. This was the kind of camping I knew as a child, a tent pitched in a manicured internment camp, a suburb under canvas. 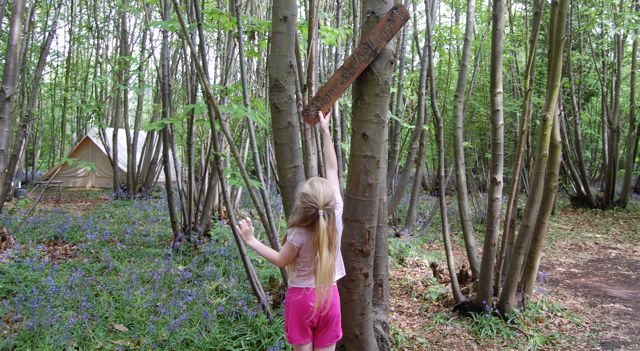 The beginning of this century has seen a rehabilitation of the reputation of camping. There are demographic reasons for this – the rise of a new generation of campers with peak outdoors experiences at festivals – and economic reasons – a middle class adjusting to a decline in income by embracing the simple, cheap pleasure of sleeping under the stars. The culture wants an alternative to screen-based lives of work and play, and camping is one option. But not camping as it used to be.

The tiny Welsummer campsite in Kent shows us how much camping has benefitted from shrinkage. It is a small site of twenty pitches set over two cosy meadows and a handful of rugged pitches in a dense wood. An hour and half’s cross-country drive from our home in Lewes, and within reach of a late evening dash from London, Welsummer campsite is run by Med and Laura Benaggoune, a couple in the early forties who lived together in France before returning to Laura’s home in Kent. 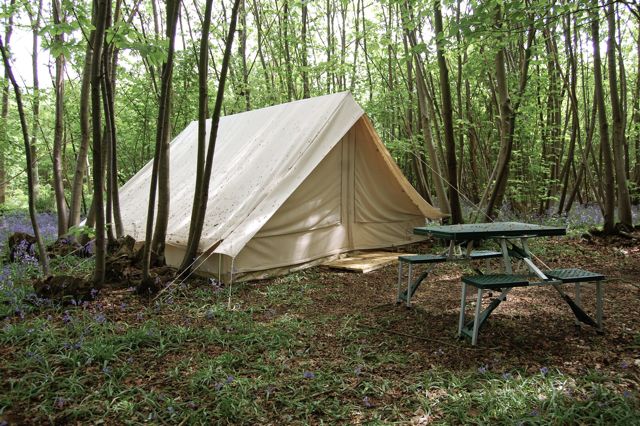 Med and I share a cup of tea. “Where else in Europe you would encounter a site like Welsummer?” I ask. Italy? the Czech republic? The Netherlands? Certainly not in France. “This is not how the French camp,” says Med. “The campfires would be impossible” – dry Southern France is a tinderbox – “ and French campers expect a bar, a disco, a playground.” In other words, everything that the modern British camper eschews. But why have we turned our back on such facilities?

The formula is simple: the smaller the site, the fewer the rules, the greater the freedom. Welsummer has a minimum of signage: in a small site, a friendly word from the owner replaces a blizzard of forbidding notices. Cars must be parked in an adjacent field, which always makes a site more child-friendly and less like a car park. There is a family bathroom, a blessing for anyone who has ever tried to shower three small children in a cubicle, and pre-erected bell tents for metropolitan glampers, keen to dip a Converse galousher in the camping lifestyle. Everyone’s children glom together into a tribe and disappear into the woods. That’s all we ask of camping: freedom for the children, from the children.

Matthew De Abaitua’s book The Art of Camping: The History and Practice of Sleeping Under the Stars is published by Hamish Hamilton in July. Order this new camping book from Amazon.