We packed away our tent and gear last August after the End of the Road festival. It seemed an appropriate point at which to end. I spoke to a hundred people in rain-soaked glade wearing the braces and hard-wearing trousers that saw me through two summers of performing at festivals. 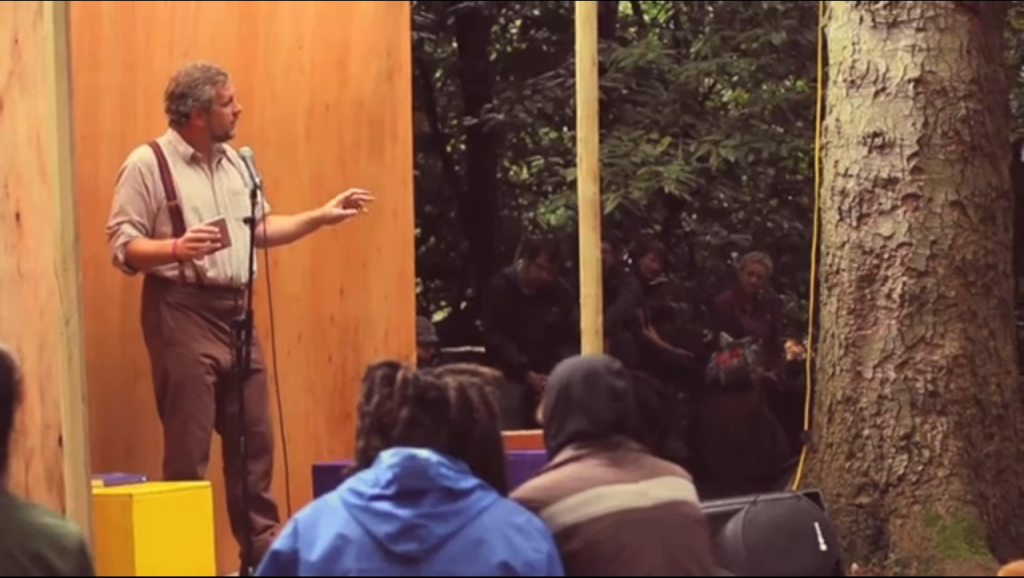 And then the long winter set in and it’s mid-April and only now does it show signs of shifting. For first-time campers, it’s time to check out tents from Argos and their selection of camping equipment from torches to sleeping bags. A few times we’ve swung down to Argos to pick up head torches for the kids or a replacement camping kettle. Given the bad habits of the recent British climate, I’d be inclined to pack warm: that means a sleeping bag which is comfortable at temperatures below freezing, a silk sleeping bag liner, a good Thermarest sleeping mat, hat and gloves.

Last summer was pretty rotten for the camping season. It was July before the rain abated. At our annual group camp in the woods, half the people cried off at the last minute, citing gales. I am guessing that the late Spring is causing carnage with campsite bookings in the UK. Like many families at the moment, we can’t afford to fly anywhere and even paying for a ferry trip abroad is daunting. In the past, we’ve always braved the British climate with good cheer. What seems to have changed is its unremitting nature: that when cold and rain sets in, they persist without relief.

This will be the first summer for a long time that I won’t be traveling around performing at festivals, and instead I’m hoping to get the family out to somewhere wild: perhaps Calgary beach on the Isle of Mull, or the forests of the Czech Republic. But no firm plans yet. Also, I’m much fitter now than I was even last year, and can consider something more strenuous; treating myself to a solitary highland wild camp. I have another novel to complete first but at the first sign of prolonged sunshine, I know I won’t be able to stop myself from hauling the tent out again.

2 comments for “Can we unpack the camping gear?”