Colonel T Coleman Du Pont was an arms dealer, an elected senator and, in the words of President Taft, “as slippery as an eel and crooked as a ram’s horn.” He was also the inventor of the “Camping Car”. 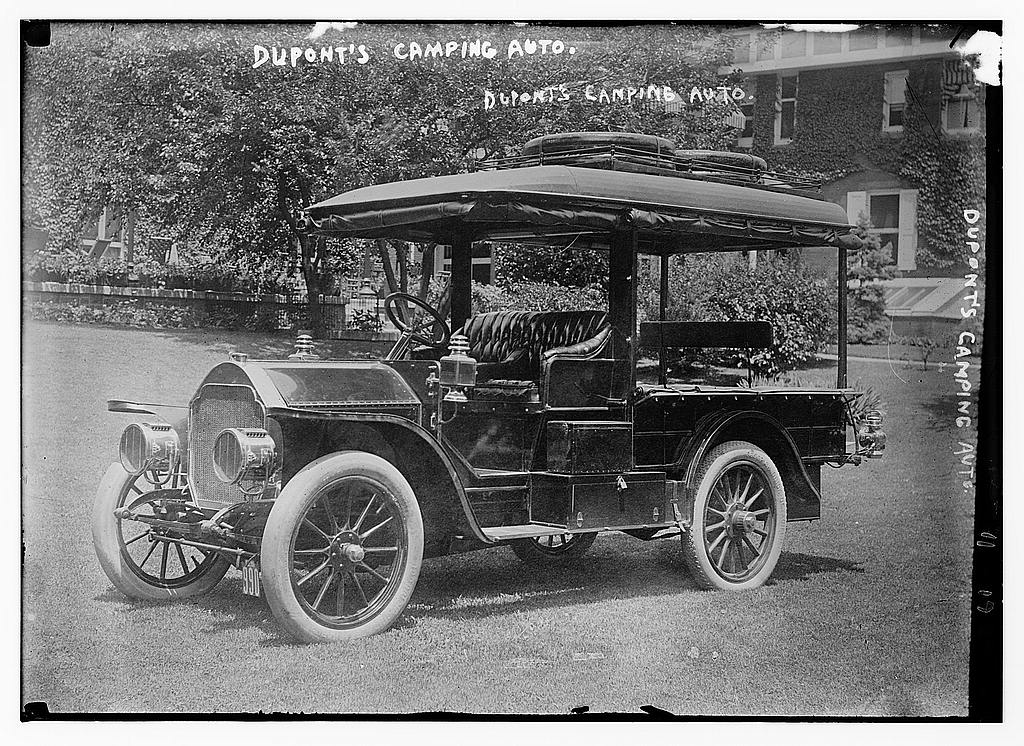 T Coleman Du Pont had a 1911 Stoddard-Dayton “Camping Car” built to his specifications so that he could live in it for long stretches with all the comforts of home. The interior accommodated a six foot hair mattress, the exterior had racks and packs for supplies, lockers for carrying stoves and a long box on each running board in which the tent was kept.

The tent was made of balloon waterproof silk and supported by six tent poles, each six feet high. When the car tent was pitched, it consisted of three compartments, with the interior of the car acting as a bedroom, abutted by two boxy tent rooms. T Coleman Du Pont’s camping car also came with electric light, powered by one of Thomas Edison’s storage batteries constantly charged by a dynamo powered by the engine. 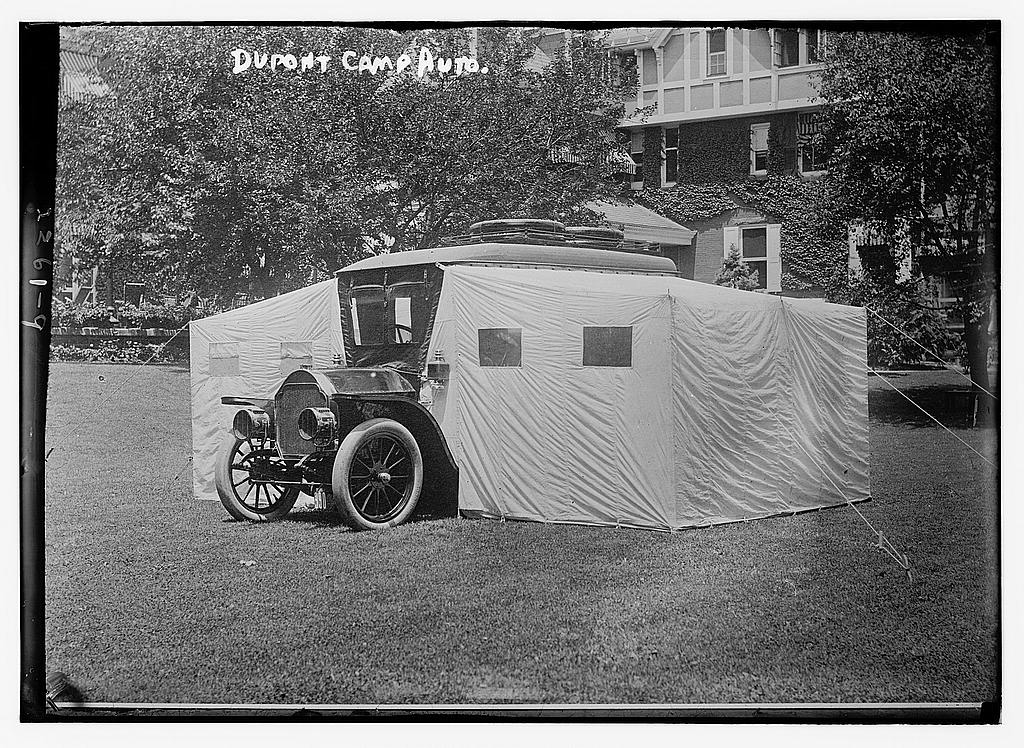 T Coleman Du Pont required a camping car to monitor the progress of a road he wanted built across Delaware, a one million and three hundred thousand dollar, ninety-six mile long monument to himself. The construction workers also camped, even through the snow, when they were mainly preoccupied with keeping warm, playing cards, drinking and fighting.