Every camper longs to discover a secret site, an isolated glade they can call their very own. This is one of contradictions in the soul of camping, the desire for isolation pulls against the pleasure of community. For some, the perfect site is an empty field. For others, it is a field full of new friends.

The secret is out concerning cool camping sites in Sussex; this summer, you will struggle to get a weekend pitch at Blackberry Wood, Waspbourne Manor Farm, Hidden Spring or Heaven Farm. Still, necessity is the mother of invention. Following a tip-off we turned up a secret site all of our own, a secret I shall now share with you. 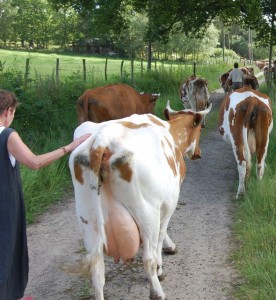 Plaw Hatch Farm in Sharpthorne follows the principles of biodynamic farming as inspired by Rudolf Steiner. The mixed farm strives to be a closed system, aiming to use only its own seeds, fertilisation and animal feed. Camping is a recent addition to the system and one the farm is tentatively exploring: a composting toilet has been installed; a nearby spring tapped; a woodpile of firewood stacked in the centre of the field; a hacksaw left for the campers to share.

We camped on the upper reclaim field of Plaw Hatch Farm amongst meadow grass looking down into the valley where the milking herd graze. There is no shower block or reception, just a small caravan, an unfinished tree house, and a pair of bell tents. Lewes is leading the revival of the bell tent, although I cleave to the opinion of T.H. Holding, author of the Camper’s Handbook of 1908, who wrote “Bar its frightful weight and bulk, a second-hand War Bell Tent would do, though, without exception, this type of tent is the most dismal inside that I know.”

There was just us, one other family and the cows. The life of the herd makes for a good soap opera, with its bovine comings and goings, its chewing gossip, and its drama – when a bull bellows from a neighbouring field, all the cows stand to attention as if commanded by their sexual sergeant major.

In mid-afternoon, we walked amongst the herd as it was ushered off for milking, the farmer whistling the cows on, swishing their backsides with a reed when the mischievous beasts dwelt on the delicious herbs tufted in the verges.

The results are there on the shelves of the farm shop; thick delicious yoghurt, pints of raw creamy milk, and Gouda and cheddar cheeses. The biodynamic movement comes out of the ideological ferment of the inter-war years, arising from a series of lectures delivered by Rudolf Steiner in 1924. Biodynamic agriculture is precursor to organic farming, with a little magic sprinkled in there too, as befitting Steiner’s anthroposophy. Star charts are consulted when sowing and planting, and preparations made from cow horn play a homeopathic role in the composting. 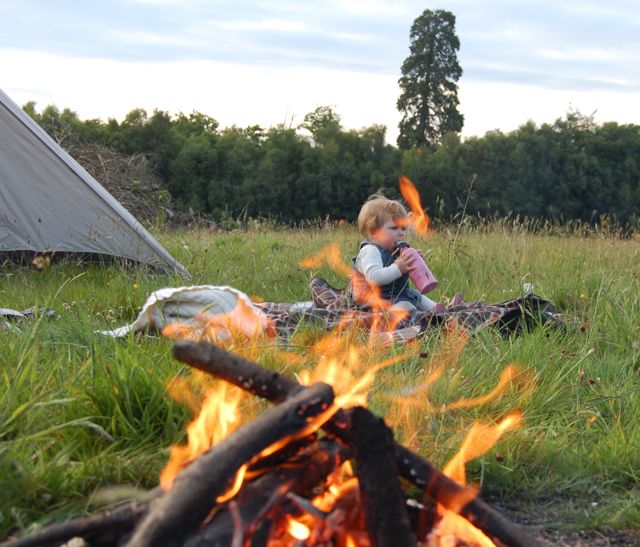 Such spiritualism gives the farm a hushed, reverent air. Needless to say, my children and I launched ourselves upon that peace and quiet like a collection of power tools. By the end of the weekend, roles had reversed and we were the soap opera for the cows. Sometimes you want a secret site not to hide from other people, but to spare them.