The Kindred camped four times a year, in tune with the seasons. They gathered at Crystal Palace and at Bradenham Common in High Wycombe. They met in Matlock in Derbyshire and Missenden in Shropshire, always in search of new camping grounds. 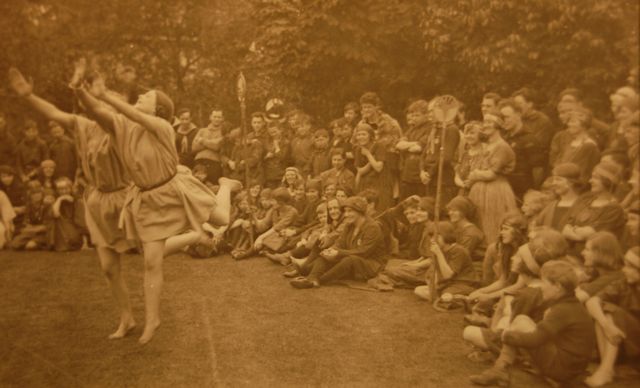 Dancers entertain a gathering of the Kindred of the Kibbo Kift

At Whitsun, the great meeting of all the Kindred took place. Named the Al-Thing, it was a group camp of 60 to 70 men and women and their children in over a hundred tents, arranged in a semi-circle on a large flat common bordered by a wood. At the Al-Thing, there were wrestling contests and the performance of plays and mummeries. Here the Kindred held their council meetings at which disputes were aired and resolutions made. Whole sheep were roasted and giant loaves baked with a symbolic K marked in the dough. 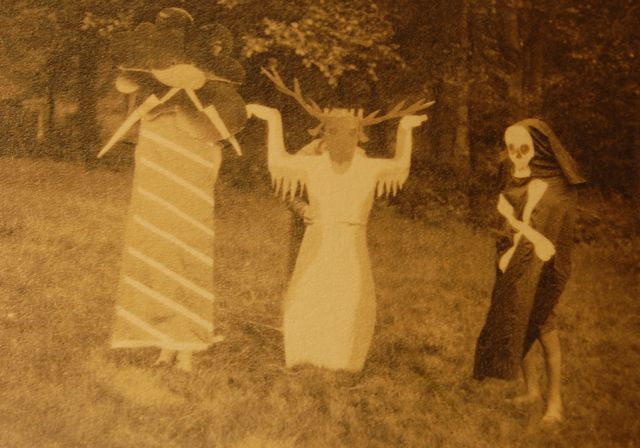 Activity was divided between art and war, between the writing of songs and poetry, the playing of music, embroidery of banners, the fashioning of puppets and masks, and trials to harden the spirit and stiffen the sinews, such as night hikes and fleet-foot races. Some of the Kindred survived solely on rations prepared the previous winter to test out their preparedness for a state of emergency. Their formidable company of archers honed their skills.

From Matthew De Abaitua’s essay on the Kindred of the Kibbo Kift to be published in The Idler in 2010.