Tom’s Field is a popular campsite on the Southern end of the Isle of Purbeck, which is not really an island so much as a hearty peninsula situated on a turn-off from the holiday traffic crawling West through Dorset.
Like so many of the Cool Camping selections, Tom’s Field struggles to maintain its allure now that the secret is out. 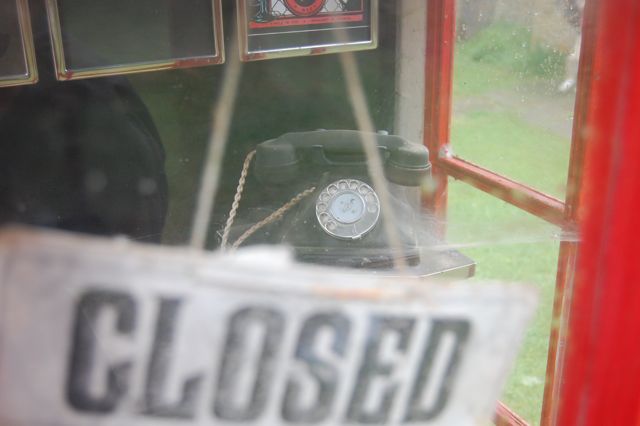 Phone box in the deserted village of Tyneham

We booked well in advance as Tom’s Field is relatively small, being a collection of fields divided by dry stone walls and covering four and a half acres. There is a renowned walk from the site down to a dancing ledge, a flat area of rock with a man-made rock pool at the foot of Jurassic cliffs. Unfortunately our children were too small to manage the descent.

We found Tom’s Field friendly but uninspiring. Campers are encouraged to park their cars in the field outside the site, which is a positive, as nothing spoils a camp like traffic. But fires are forbidden, so the nights we spent there felt suburban. A strict lights-out policy and allocated pitches contributed to the boredom.

The site in Langton Matravers is near to the popular National Trust destination of Corfe Castle; an iconographic ruin, beautiful from a distance but meaningless up close. On a rainy day, campers flee to Dorchester, which becomes crammed with soaked families seeking any distraction from the unrelenting rain, and some risible museums have sprung up to serve this need. The nearby town of Swanage is a dispiriting, down-at-heel seaside town.

I judge camping trips by the moments of intensity they deliver, and on that gauge, the best reason to visit Tom’s Field is as a base from which to explore the nearby deserted village of Tyneham. Dorset has strong literary connections: Lyme Regis was the location for John Fowles’ The French Lieutenant’s Woman and Ian McEwan saw in the tightly packed pebbles of Chesil Beach a suitable backdrop for a novel of sexual repression and misunderstanding. Unlike these well-visited places, Tyneham, the subject of Patrick Wright’s digressive history The Village That Died For England, retains an aura of poetic intensity.

Tyneham was a small village cleared by the army during the Second World War so that the area could be used as an artillery and tank firing range. The villagers were promised that they would be able to return once the war was over, but the military reneged on this promise. Today, access to Tyneham is intermittent (check here before heading out), which makes a trip there all the more meaningful; the drive down into the village seems to take much longer than the map indicates, suggesting a topography warped by military intelligence. 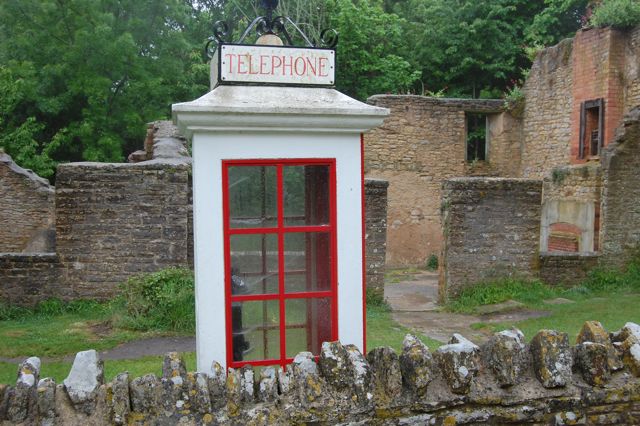 “To drive down into the Tyneham valley is to sink into a zone where even the sharpest of actualities seems overtaken by myth,” observes Patrick Wright. The birdsong is rich and multi-layered, as if the birds have expanded and deepened their repertoire free of the distracting presence of mankind. The graveyard and restored schoolyard – both scrupulously maintained by the Army – are poignant reminders of the temporariness of our places. The small Elizabethan mansion, unstable and gutted, speaks of wayward shelling.

Deserted places exert a particular pull. If Nature abhors a vacuum, the imagination adores one, drawn in by the possibility and promise of an empty lost place.