It’s the beginning of Bank Holiday weekend and the traffic into Dorset crawls past accident after accident. On the verge and in the central reservation, the beautiful dandy faces of cars faces have been bashed ugly, as if set upon by jealous brutes. The unlucky participants stand around dazed, compressing bumps and scrapes with wet clothes and staring at the ongoing traffic with disbelief – how can you lot continue blithely on your journeys when this terrible thing has just happened? But it’s nothing, we reply. The damage is purely cosmetic. 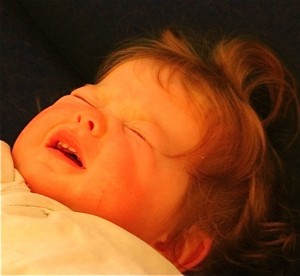 On the return journey we pull up behind something far more serious and recent. Just over there, a driver – thoughtfully, mercifully – holds up a blanket behind which a man is dying. A motorcycle lies burnt out. The police move with a terrible and disturbing urgency. Witnesses leave their cars and walk through the traffic. I turn the music down and wait to be told what to do.

I have never driven on a Bank Holiday before. The anger involved is new to me. Anger is the energy men use to force their way through the crowd and up onto the promised freedom of a holiday. Even packing feels angry, stuffing and stuffing the gear into the back of the car and dismissing the bags deemed to be inessential. Later, we hear about an incident at a neighbouring site when a man driving a caravan completely loses himself to anger, screaming and swearing and demanding everyone got out of his effing way. Statistics tells us that Bank Holidays are always rife with accidents but I wonder if the anger is worse this year. Recession anger. Expenses anger. Hapless-sap-in-a-corrupt-sham-of-a-democracy anger. Or perhaps that man was angry because he was driving a caravan in Bank Holiday traffic, which is like trying to put out a fire with petrol.

The angry head stays with me when it comes to pitching the tent. Anger makes it feel like I am staking and marking out territory. The nearby ball games make me seethe, none more so that when a tennis ball bounces off my head and onto the Trangia so that the boiling water lists. Now a football strikes the barbecue sending hot coals onto the dry grass. The fire attracts the baby’s interest. I burn my fingers flicking the embers away from the galloping approach of my concerned infants. The transition from angry driving into the community spirit of camping is almost too much for me, a gear change from fifth to first and the revs are roaring. Cath and I look at one another and wonder if we have made a terrible mistake.

We didn’t. The rest of the week camping was glorious. Our eldest thrived in the responsibility and freedom of running errands, making friends, building dens. The brains of the two infants lit up with being outdoors all day. Sure, at one point, in the precious hour between finally getting them all to sleep and taking to bed ourselves, Cath asked me if there would come a point in the holiday when we got to enjoy ourselves, but that was just the black parental humour talking.

Time passes, we adjust to tent life. The angry head becomes outdoor head, the expansive inner clarity that comes with spending all day on the land and under the sky. And that’s why we camp: for the perspective.